Author of memoirs Mixed Blessings from a Cambridge Union which has over 100 5-star reviews on Amazon including this one: “Do get hold of this and read it. This is the sort of book that changes who you are. It’s an astonishing story, beautifully told with sensitivity, humour and pace. Not only is it a revealing social history of British attitudes to the perceived stigmas of race and illegitimacy; it’s an intensely personal account of a remarkable woman’s realisation of the world around her and her determination to make it a better place. Elizabeth Anionwu is an alchemist, turning shame and prejudice into strength and service. Utterly inspiring.” 5-star review on Amazon by Jane Robinson, author & social historian – 20th December 2017. 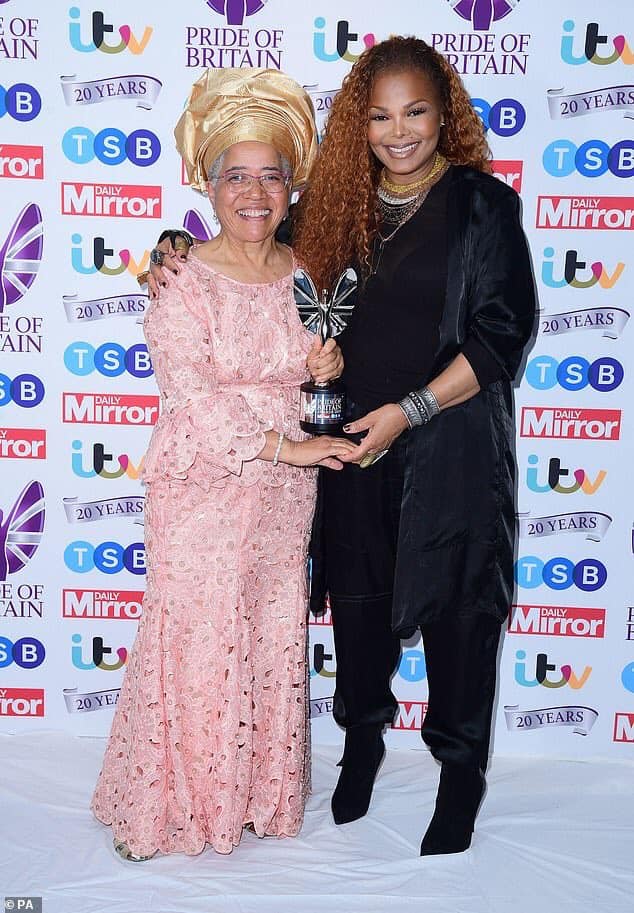 13th July 2018  Get West London: ‘A black girl raised in a white world’ The extraordinary journey of a west London health activist who began her life in a care home.

5th July 2018  ITV News: The nurses celebrating five decades of friendship thanks to the NHS

“Her tireless work to ensure that people affected by sickle cell disease and thalassaemia get the support they need has touched the lives of thousands.” – Lord Victor O Adebowale CBE, MA CEO, Turning Point

Elizabeth was inspired to become a nurse at the young age of four because, whilst she was in care, a ‘wonderful nursing nun’ treated her childhood eczema in an expert and sensitive manner. Born in Birmingham in 1947, she identifies herself as of Irish/Nigerian heritage and started work for the NHS as a school nurse assistant in Wolverhampton at the age of 16.

‘From Sickle to Seacole’

Elizabeth put a substantial amount of her life into her work as a nurse, health visitor and tutor working with black and minority ethnic communities in London. ‘People from diverse cultures are not always valued and still sometimes just seen as problems,’ she says. In 1979, she helped to establish in Brent the first nurse-led UK Sickle & Thalassaemia Screening and Counselling Centre. In 1988 she was awarded a PhD from the Institute of Education, University College London (UCL).  From 1990-1997 she worked at the Institute of Child Health, UCL as a Lecturer then Senior Lecturer in Community Genetic Counselling. She has written extensively and is a co-author with Professor Karl Atkin of the book ‘The Politics of Sickle Cell & Thalassaemia’ published in 2001 by the Open University Press.

Honoured for services to nursing

Elizabeth was honoured with a Damehood (DBE) in the 2017 Queen’s New Year’s Honours List for her services to nursing and the Mary Seacole Statue Appeal. The Queen’s Nursing Institute awarded her a Fellowship (FQNI) in October 2017. In 2001 she was awarded a CBE for services to nursing.  In 2004 she was presented with the Royal College of Nursing Fellowship (FRCN) for her work in the development of nurse-led sickle cell and thalassaemia counselling services and education and leadership in transcultural nursing.  In July 2018, as part of the celebrations for the 70th Anniversary of the National Health Service, Elizabeth was included in the list of the 70 most influential nurses and midwives in the history of the NHS.

She is a Patron of the Sickle Cell Society, the Nigerian Nurses Charitable Association (UK)  and the Sickle & Thalassaemia Association of Nurses, Midwives & Associated Professionals (STANMAP).

She chaired several projects for the NHS Sickle and Thalassaemia Screening Programme.

These included: • the development of ‘Caring for people with sickle cell disease and thalassaemia syndromes: A framework for nursing staff’ that was accredited in 2010 by the Royal College of Nursing • ‘Understanding the contribution of sickle cell and thalassaemia specialist nurses’ (2012), funded through a grant from the Roald Dahl’s Marvellous Children’s Charity.

What inspires her to keep going? “Seeing the improvements that have happened so far. But I’m not satisfied until other gaps in service for BME patients and health professionals are addressed.”

“Elizabeth Anionwu CBE has made an enormous contribution to the health and wellbeing of multi-ethnic communities in this country. Her tireless work to ensure that people affected by sickle cell disease and thalassaemia get the support they need has touched the lives of thousands. Thanks to Elizabeth and the huge wealth of knowledge she has accumulated through her academic work and nursing practice, nurses, doctors and health professionals across the UK can build their understanding of these conditions, driving improvements in care for BME communities.” – Lord Victor O Adebowale CBE, MA CEO, Turning Point

Elizabeth was vice-chairperson of the Mary Seacole Memorial Statue Appeal from its launch in November 2003. The statue was unveiled in the grounds of London’s St Thomas’ Hospital in June 2016. Elizabeth is now a Life Patron of the new charity, the Mary Seacole Trust.